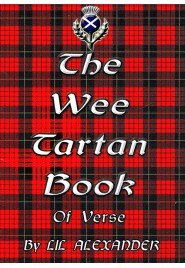 This is cawed "The Wee Tartan Book"So keek inside 'n' hiv a wee lookThere's stories in Ryme 'n' Some.. 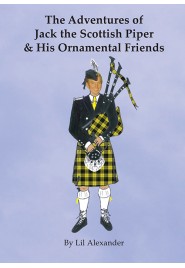 Jack, the Scottish Piper, had not been aware of his own existence, standing stiff and motionless o..

Lil was born in Kilsyth, a small town in Central Scotland at the foot of the beautiful Campsie Hills. Lil's career in the glitzy world of show business began at the tender age of 3 years old. During her time in the entertainment industry Lil has been a professional dancer, comedienne, actress, producer, choreographer,dance teacher, songwriter and poet. Lil's many talents led to her working with some of the biggest names in Scottish show business including Stanley Baxter, Billy Connelly, Tony Hancock, Johnny Beattie, Jack Milroy and Ricki Fulton (of Francie and Josie fame) to name but a few. Down through the years Lil has tread the boards in many a theatre and appeared on television on numerous occasions.